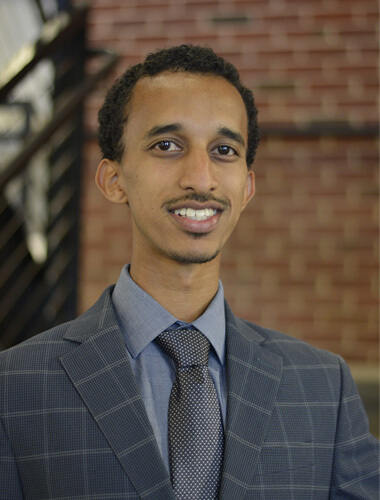 Area Manager
Abiy received his Bachelor's and Master's degree from the University of Arkansas.

After finishing his thesis, he moved to the Washington D.C. area to work for GeoStructures in 2016. Abiy started off as a design engineer working on Geopier Rammed Aggregate Pier® and rigid inclusion design for different applications. As he continued to grow in this role, he progressed to a project engineer working across the breadth of ground improvement technologies, deep foundations such as micropiles and ductile iron pipes, and support of excavation and sound wall design.

Abiy received his professional engineers license in December of 2020 and continued to a designer role as a senior project engineer until the end of 2021. In 2022, he moved into a technical support role and is now a Region Engineer for North Carolina.